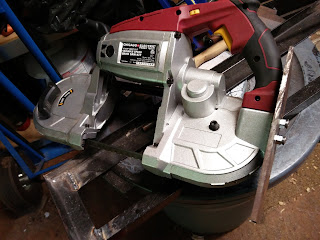 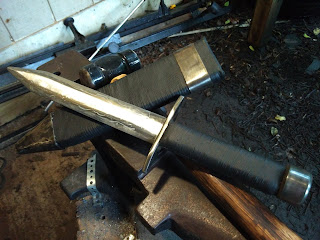 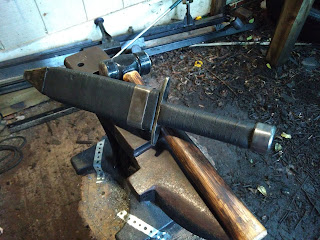 I decided to make myself a new adjustable jig to help with grinding accurate bevels on knives:


Pretty cheap and easy...just a piece of angle iron, a piece of flat bar, a hinge, some screws/bolts, and some neodymium magnets to help hold the workpiece to the jig (in this case a play dagger for Yulianopolis): 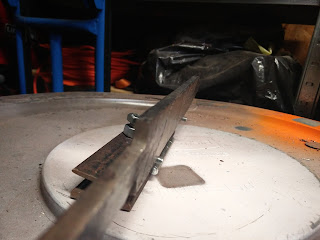 The large bolt on the back allows for a very precise adjustment of the angle of the grind: I decided I wanted to build myself a 2 x 72" belt grinder to add to the forge.  My 1 x 30" grinder is useful, but doesn't really have enough power or surface area to work larger stock.

I'm going for something like this, from the blog of D. Comeau Custom Knives (many thanks for the helpful post!): 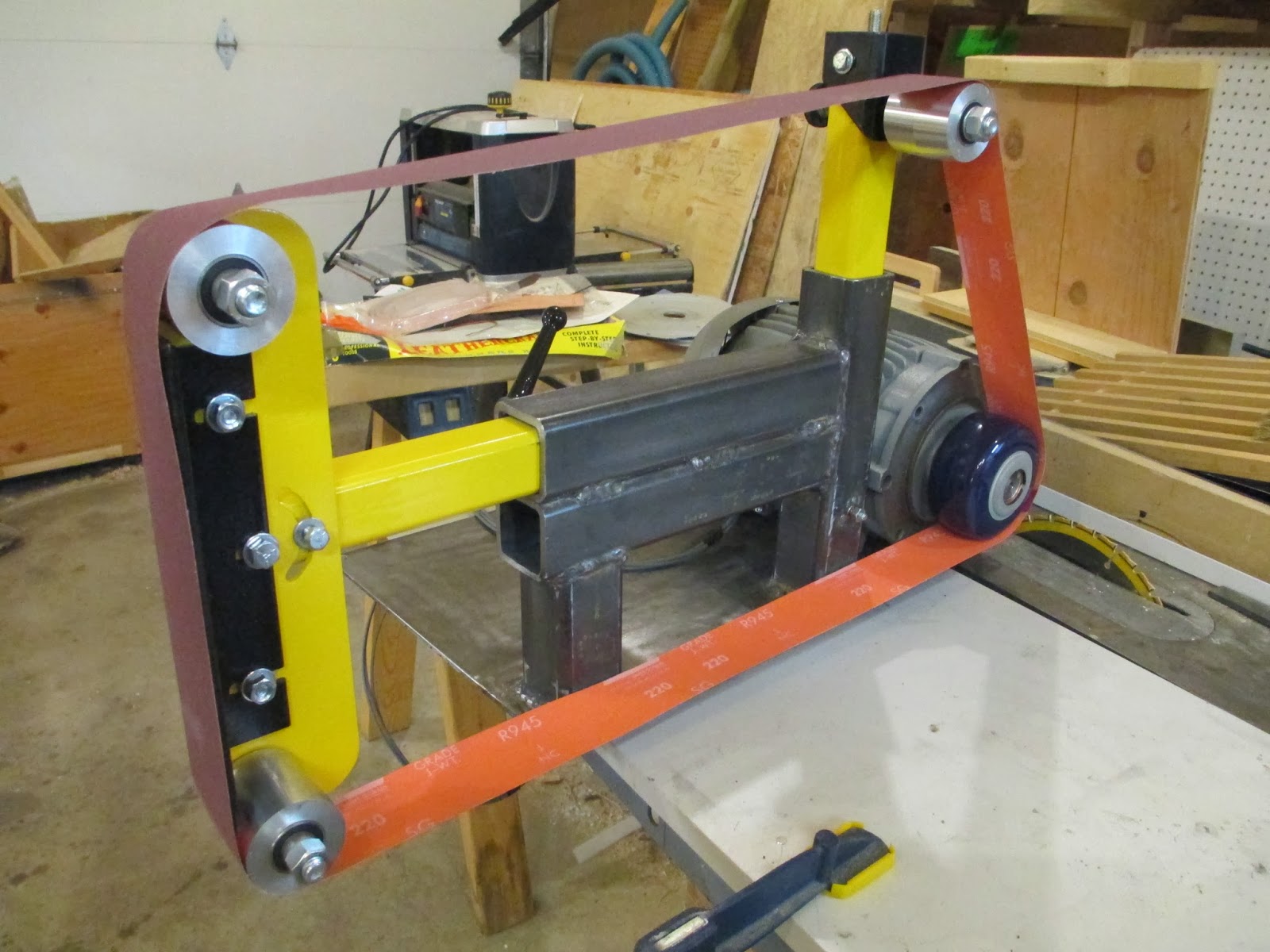 So far I've cut and welded the square tubing for the frame, and had some expert assistance from Yulianopolis drilling the holes in the baseplate for the motor mount: 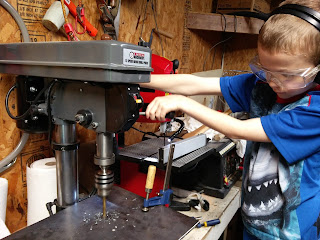 Next steps are welding the frame to the baseplate, and then working on mounting the tracking wheel and tension arm.  I'm pleased with my progress so far: 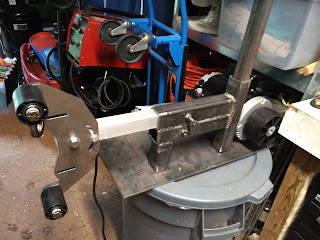 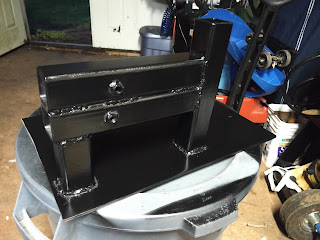 Test-fitting the tension arm and belt: 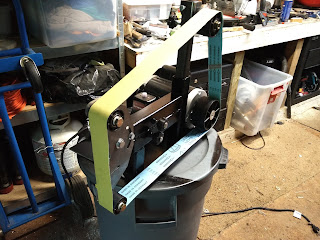 Finished the platen and work rest: 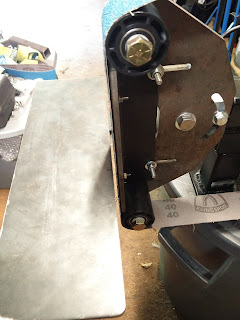 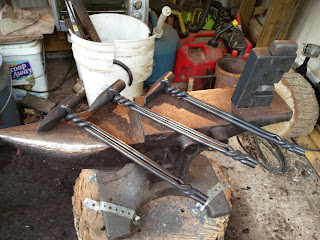 I got a set of top tools and a guillotine tool from GS Tongs.  I've learned a lot of useful tips and techniques from his YouTube channel, and decided I wanted to supplement my forge collection with some of his wares.  Pictured, left to right, are a slit chisel, round punch, slot punch and the hardy guillotine tool.
Posted by D. Masked Theorist at 1:20 PM No comments:

I picked up a couple of old propane tanks during the neighborhood bulky-item trash pickup a few weeks ago, and decided to expand the capacity of my compressor.  It's ugly, but it works!